The Wine of Summer Wins in Portugal 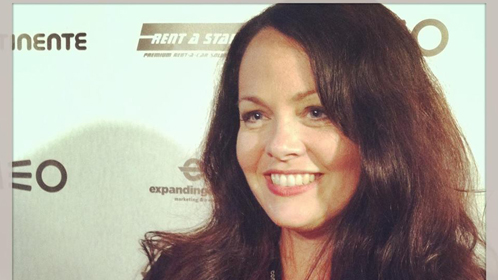 Written and directed by Humboldt County native Maria Matteoli, the film had its official World Premier at the Douro Film Festival in Porto on September 21. Matteoli and a dozen cast and crew members traveled to Portugal to celebrate the Official Selection as one of only ten
films chosen internationally. The Wine of Summer went on to win the top prize in its category. The film also screened at the Marche du Film at the Cannes Film Festival in
May,

This will be the first time the film will be shown to a public
audience in Humboldt County, the majority of which
was shot in and around Barcelona in the fall of 2011. The film wrapped
with three days of shooting in Old Town, Eureka.

Ethan Peck stars as a would-be actor whose life collides with a famous
playwright (Bob Wells) in Barcelona.

with Director Maria Matteoli & members of the cast & crew.
Tickets are available for $10 General Admission at
http://thewineofsummer.brownpapertickets.com