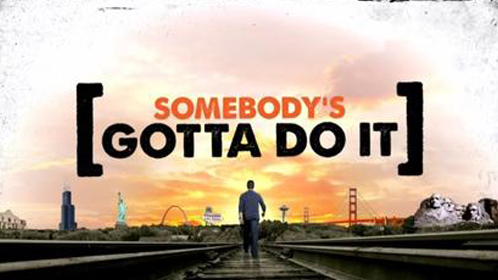 Somebody's Gotta Do It, starring Mike Rowe, will be featuring several local businesses in up coming episodes of this new CNN show.  First up from our region, Cypress Grove Chevre and it's founder, Mary Keehn, will be highlighted in Episode 8: "Goat Cheese Queen."

Currently, Episode 8 is slated to air Dec. 17th at 6:00p.m. Pacific Time.  For more information, visit the  Somebody's Gotta Do It website.

We are also excited for a few other local companies that will also be making an appearance in a later episode.  We will keep you informed as those episodes are announced.