Redwood Region in The Call of the Wild 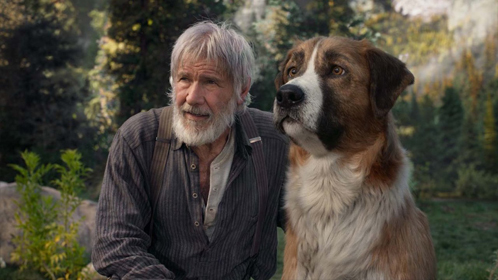 The North Coast is back in the movies with the newest adaptation of Jack London’s classic, 1903 Yukon adventure novel The Call of the Wild. The film, set during the Klondike Gold Rush and starring Harrison Ford in its leading role, features some of the region’s beautiful coast and the Smith river. While the highway may be replaced by railroad and a steam locomotive with some CGI trickery, Wilson Beach is certainly recognizable to those familiar, especially locals. The Smith River, standing in for the Yukon River, will play a starring role in exciting rapids scenes featuring Mr. Ford and his canine companion, Buck.
The Humboldt-Del Norte Film Commission worked together with the production to shoot these scenes here in the Redwood Region. Location Manager Robin Citrin (whose credits include everything from The Aviator to the recent Blade Runner 2049 in her over thirty-year career) knew that the Redwood Region had what the 20th Century Studios production needed, having previously attended a familiarity tour put on by the Film Commission. The release date for The Call of the Wild is February 21, 2020.  The film is rated PG.