Map of the Movies Adventure Contest! 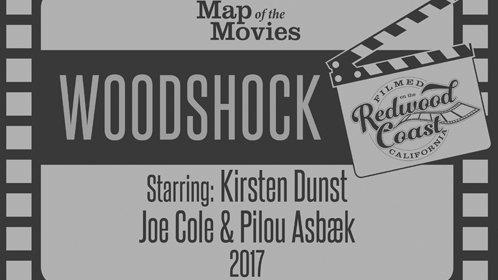 On August 1, 2018, the Film Commission is launching an adventure contest based on their popular Map of the Movies. The contest is designed to encourage visiting the filming locations of some of the biggest movies to be made in our local region, while exploring the North Coast’s towns and landscapes.

In 2014, the Humboldt-Del Norte Film Commission started publishing their Map of the Movies, which has permanent markers at over 30 filming locations of feature films, made in the Redwood Region over the past 100 years. The map has proven to be one of the most popular free activities for both locals and tourists alike, based on feedback from over 50 distribution spots throughout Humboldt and Del Norte Counties.

Utilizing the map, contestants will follow weekly trivia prompts from the map’s Facebook page to identify and travel to various markers, take selfies at the location, and post them to the social media site. Prizes will be awarded to contestants based on the weekly parameters, ranging from first selfie posted to best cosplay, judged by Film Commission staff.

Several Grand Prizes will also be awarded to contestants who take the time to visit every marker on the map, documenting their completion of the contest with selfies posted to the Facebook page.

Prizes for the contest include movie passes to local theaters, Blu-Rays of locally-filmed movies, gift certificates to various local business, locally-made products, Film Commission swag, and stays at local hotels and inns. Sponsors for the contest are Coming Attractions Theatres, The Minor Theatre, The Eureka Theater, The Miniplex, Richard’s Goat, Spotlight Video, F.Y.E., Humboldt Made, the Eureka Visitor Center, the Humboldt County CVB, the Del Norte Chamber of Commerce, the Best Western Humboldt Bay Inn, the Inn at 2 & C, and The Victorian Inn in Ferndale.

To participate in the contest, go to www.facebook.com/... starting August 1, 2018. The contest will run from August through September. Trivia and contest rules will be posted weekly. The Map of the Movies is available at many local hotels, museums, visitor centers, and online at http://filmhumbol.... Good luck!

2. Contestants can only win one weekly prize during the contest (unless there are no other entries for the week, then previous winners will be considered). Those contestants who win weekly prizes are still eligible to win one of the three grand prize baskets.

3. Contestants are only eligible to win one of the three grand prize baskets. One grand prize winner per household.

4. Weekly contest prompts are posted between noon and 4 PM on Fridays.

5. Weekly contests continue until a winner posts the required photo to win to the corresponding Facebook prompt comment section or a new prompt is posted the following Friday (resulting in no winner for the week).

7. Grand Prizes are awarded as completed. Contestant must create a post with a selfie at each marker (or location if marker is missing) to Map of the Movies Facebook page. Only photos including the contestant will be considered.

8. All disputes related to the contest will be handled by Film Commission staff with their decisions being final.