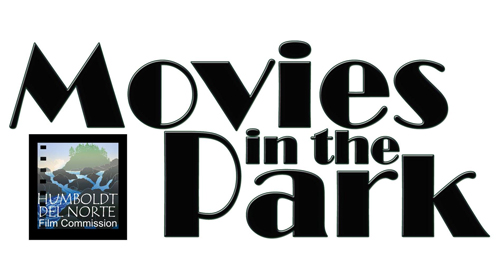 The Humboldt-Del Norte Film Commission presents Movies in the Park

On Saturday, July 20th, The Humboldt-Del Norte Film Commission presents the first, in a series of four, monthly Movies in the Park event at Sequoia Park in Eureka. This new free community event is focused on presenting big budget films that were filmed in the north coast area the Film Commission serves.

The public is invited to come, with picnic blankets and lawn chairs in tow, to the lawn at Sequoia Park. Music by Deep Groove Society DJs will start at 7 p.m. The projected entertainment begins around dusk (after 8 p.m.) with classic Looney Toons cartoons, followed by a short film made by a local film maker and then the feature presentation.

The feature films being shown in the series are E.T., The Extra-Terrestrial(PG), The Lost World: Jurassic Park(PG-13), Walt Disney’s The Gnome-Mobile(G) and the original Salem’s Lot(PG). Each of these films contains scenes that were shot on the North Coast, featuring Humboldt Redwoods State Park, Ferndale, Fern Canyon and Crescent City.

There will be an information table set up on site with Film Commission volunteers collecting donations and answering questions about the organization’s mission and services. Film Commission branded merchandise and organic popcorn will be available by donation.

The dates for this monthly event are Saturdays July 20th, August 24th, September 21st, and October 26th. The event begins at 7 p.m. and is expected to finish by 11 p.m.  The address of Sequoia Park is 3550 W Street in Eureka. Park rules will be in effect, including no pets and no alcohol.

For more information contact the Film Commission at (707)825-7600 or filmcommission@rreelinc.org