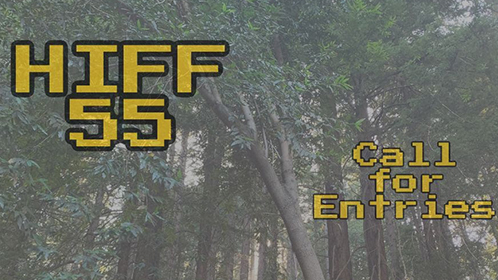 Be a part of film festival history! Welcome to the internationally recognized "Longest Student-Run Film Festival in the World"!

What began as a way to show their own films, two Humboldt State University students--here in the beautiful redwoods on the coast of northern California--began the festival way back in 1967.

For 55 years, the student-body of Humboldt State University has been inviting independent filmmakers (working in traditional and experimental modes) to enter their film shorts for the event.

The students enrolled in the university's unique film festival course are trained and certified to pre-screen and judge the wide variety of domestic and international entries from sent in from May through the end of February. The finalists in each category are screened in April at the historic Minor Theatre in Arcata, California for guest industry judges (such as Frank Capra, Walter Murch, Marcia Lucas, Alexander Payne, Patricia Cardoso, and Udi Aloni) as well as community film enthusiasts. Winners are announced and awarded at the Best of Fest by the judges at the fun and exciting final night.

HIFF is proud to promote the art of film, not only as a means of entertainment but also as a vehicle for self-expression and a stimulus for dialogue about social, political, and cultural issues. The Humboldt State University community as a whole invites and embraces the voices and stories of diversity and inclusion. It's a venue where the hidden faces and stilled voices can be seen and heard.

Laurel Awards for:
All finalists, Audience Choice in Best of Fest, Narrative, Documentary, Animation, and Experimental

-Entries must be 30 MINUTES OR LESS
-Films must have been completed after January 2017
-Films entered once may not be re-submitted in subsequent years
-Finalists must submit their film in DCP format NO LATER THAN Mar 31, 2022 to compete in April 2022 fest.
-All films must include English subtitles in order to be inclusive to all viewers
-Must include entry fee and a brief synopsis
-No Refunds
-Press Kits are not required right away but are helpful and make things a lot easier later. If able, please include a digital press kit when you submit including a synopsis, running time, country of origin, director name, and still image from your film.

TERMS AND CONDITIONS:
Humboldt Int'l Film Fest is hereby granted the right to utilize an excerpt from any film submitted and accepted for exhibition at the Festival for promotional purposes.

The individual or corporation submitting the film hereby warrants that it is authorized to commit the film for screening, and understands and accepts these requirements and regulations.

The undersigned shall indemnify and hold harmless Humboldt Film Festival from and against any and all claims, liabilities, losses, damages, and expenses (including but not limited to attorney's fees, and costs of the court) which may be incurred by reason of any claim involving copyright, trademark, credits, publicity, screening, and loss of or damage to the screening videos entered.