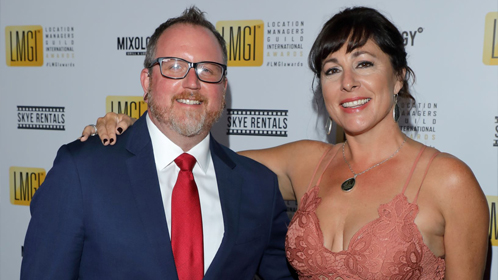 The Humboldt-Del Norte Film Commission has been nominated as Outstanding Film Commission by the Location Managers Guild International for their 2019 annual awards. The commission was nominated for going “above and beyond” for its work on Disney’s ‘A Wrinkle in Time’ while the production filmed in the region.
From the LMGI website: “The Location Mangers Guild International / LMGI is a global organization of career location professionals in the motion picture, television, commercial and print production industries dedicated to upholding the highest ethical standards. Through local commitment and international strength, we support strong relationships between production and government agencies, businesses and communities.”
“The LMGI Awards honor feature films, television programs and commercials from around the globe in which the creative use of filming locations enhances or helps to drive the storyline. The LMGI Awards also recognize outstanding service by Film Commissions for their support “above and beyond” during the production process.”
Disney’s ‘A Wrinkle in Time,’ directed by Ava Duvernay, filmed in the Redwood Region during December 2016 and was released in March 2018. Eureka’s Sequoia Park and Patrick’s Point State Park were both used as filming locations for the family movie. The film commission assisted the production for over sixth months before filming began, helping secure locations, permits, vendors, and helping solve logistical issues.
The other nominees for the 2019 Outstanding Film Commission Award are: Buffalo/Niagara Film Office, NY for ‘The Purge,’ Cambridge Film Office, Ontario, Canada for ‘The Handmaid’s Tale,’ New South Wales for ‘Pacific Rim Uprising,’ and Film Otago Southland Film Office, New Zealand for ‘Mission Impossible:  Fallout.’
The sixth annual LMGI Awards will be held on September 21, 2019 at the Broad Stage in Santa Monica.