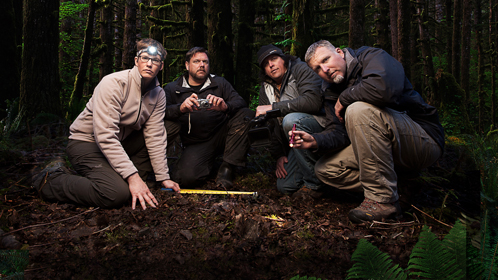 NORTH COAST- A national television series is set to come to Humboldt for the second time in hopes of finding Bigfoot. Animal Planet's reality TV show called "Finding Bigfoot" is casting for individuals who have had encounters with the legend. It is the second time the show has been in Humboldt County but this time they are looking for individuals who believe they have seen sasquatch. There will be a town hall meeting on Monday Feb. 10, with producers of the show who are urging anyone who would like to share their story to contact them.

The location of the town hall meeting is undisclosed at this time but if you believe you have encountered Bigfoot and want to tell your story, email it to bigfoot.humboldt@gmail.com