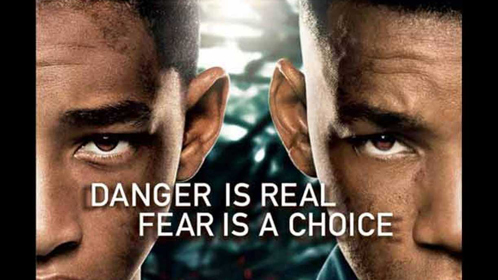 In celebration of the release of the movie After Earth, starring Will and Jaden Smith and directed by M. Night Shyamalan, the Humboldt-Del Norte County Film Commission would like to give you the opportunity to attend a sneak peek screening.  After Earth was filmed in Humboldt County in 2012 and our redwoods play a key role in the visual appeal of this story.  In summary, Will and Jaden Smith crash land on Earth (in Humboldt County) and young Jaden is forced to survive a hero’s journey through the redwoods and other parts of earth in order to save him and his dad from peril.

With the redwoods being the backdrop of one of the largest feature films in California outside of Hollywood in 2013, we will host a reception celebrating how the filming of After Earth builds economic prosperity for Humboldt County.  Several community partners joined the Film Commission to host this special evening--the County of Humboldt Economic Development, the Headwaters Fund, California Redwood Company, Humboldt Redwood Company, and Humboldt Made.

Purchase tickets to the After Earth Reception and attend a free screening of After Earth.  The reception will include light appetizers and beverages from the best of Humboldt Made producers.   After the reception, we will watch a few short videos from our community partners and a screening of the new film After Earth.

Please join us as Humboldt County shines on the silver screen!

(Must purchase reception ticket in order to attend sneak peek of movie.)

See you at the movies!