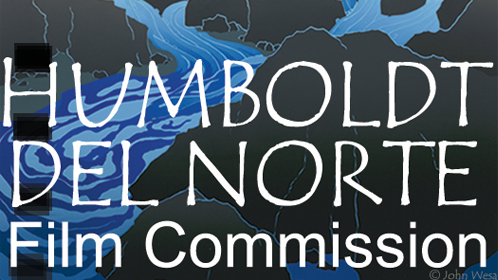 COLA  was held by FLICS (Film Liaisons in California Statewide) and the LA Film Commission.  FLICS  is a network of regional film offices and commissions that work cooperatively with the California Film Commission to retain, attract and facilitate feature film, television commercial and print media production in California.

One of those nominated for an award this year was Ranger John O’Rourke from Redwood State Park.  Hesseltine nominated Ranger O’Rourke due to his positive, film friendly attitude while collaborating with him for a movie scout.  “He is so easy to work with and makes you feel like everything is going to be just fine,” expressed Hesseltine.   Hesseltine is proud to congratulate Ranger O’Rourke as a runner up for Public Employee of the Year.

Gift baskets (provided by Film Commissioners) where given to the winners of each category.  Thanks to Del Norte Chamber of Commerce, the County of Humboldt, Community Development Services, Economic Development Division – Humboldt Made program and Rose Court Cottage, Hesseltine was able to provide a gift basket full of Del Norte/Humboldt products.  Location Professional of the Year, S. Todd Christensen, who won for his outstanding job at being location manager of Brad Pitt’s latest movie, “Moneyball,” took home the Del Norte/Humboldt basket.

The event took place at the Millennium Biltmore Hotel.  The pre-award mixer was held in the same elegant room as the earlier home of the Academy Awards.  Humboldt’s Moonstone Crossing was amongst the wineries statewide that donated wine for the mixer.